I decided to try out monoprinting with the kids the other day, and despite the tutorial stating bristol* paper was the best to achieve good effects, we were overall disappointed with the outcome.  We tried watercolor paper, too, and got marginally better results.  We also used different watercolors (two types of child-grade paints as well as my Winsor and Newton) and I later used some gouache as well, and one test with acrylic.  The artist also said that plexiglass could be used instead of glass but the plastic sheets we used just caused the paint to bead and were quickly abandoned in favor of glass.
After lots of frustration, I got out my Yupo paper and tried again.  Here is my first attempt, the print part being the green background, upon which I used to a brush and different colors to get lots of texture.  The result pleases me, but of course, it does not show monoprinting to its full advantage. 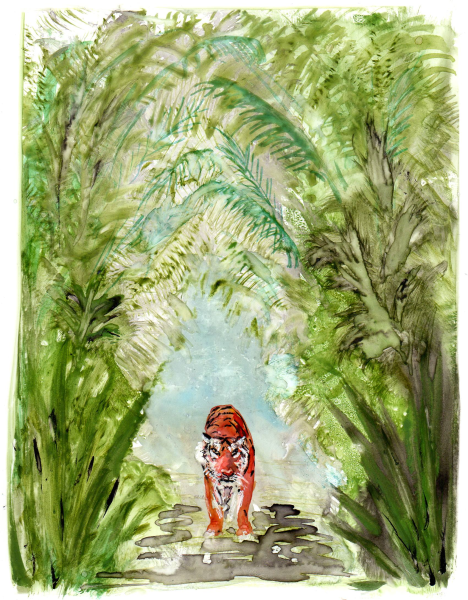 The next morning, I decided to try tiger portraits instead.  And despite thinking through the process and deciding to apply orange first, I forgot and applied black gouache stripes to the glass, applied Yupo paper, and then hand-painted the orange: 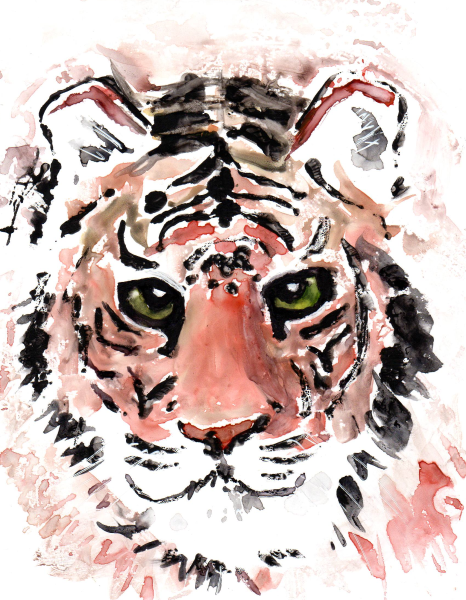 The gouache dried so fast, I decided to wet a piece of bristol paper and then apply it to the glass. This was the smeary, yet cool result, again hand-painted and details applied with gel pen: 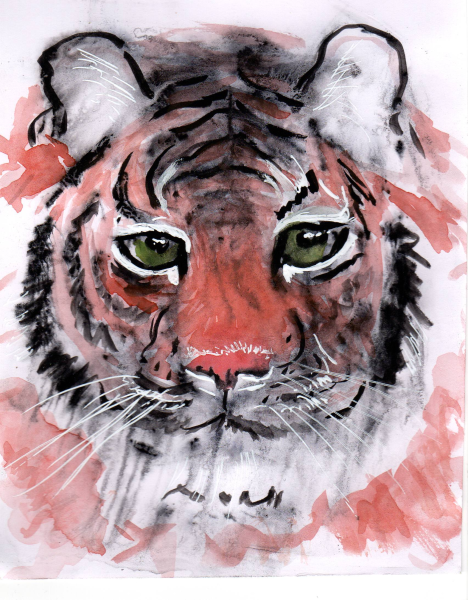 Then I went back and tried my original plan of orange print followed by black print on Yupo paper and got this: 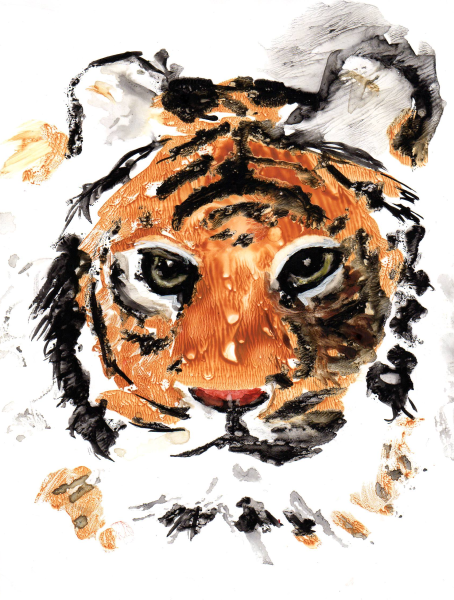 All in all, a satisfying way to experiment with different techniques.  Do you have a favorite?
__________
* The artist giving the advice is based in Berlin, so maybe what is available to her is not the equivalent of what I am using in France
Tags: art
Subscribe