Doesn't that sound better than Procrastination?  Well, maybe. If you take off the "stress" part.
With the kids, I have been re-watching some videos I found years ago when we lived Egypt, The Forger's Masterclass.  The kids (the two older ones anyhow) have been very interested in seeing different artists, even if they don't agree with the styles. 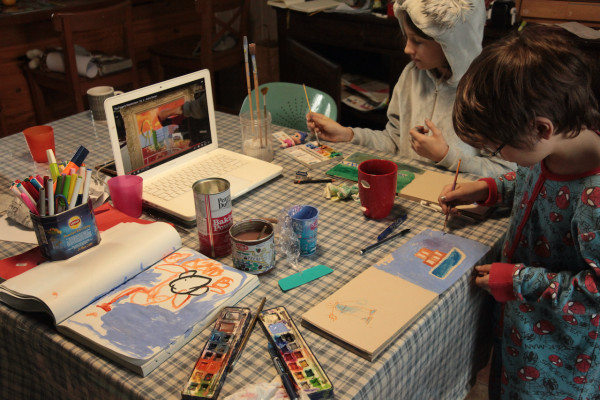 Sprout does not like Hopper's view of the world, his fascination with isolation, frex, but she did feel inspired to let go of her own "realist" tendencies after seeing the episode featuring Fauvist André Derain.  Farmer Boy was excited to channel the "wild beast" style, as evinced by the plein air painting he did during our group outing* yesterday.  You can glimpse the painting on the ground by his feet: 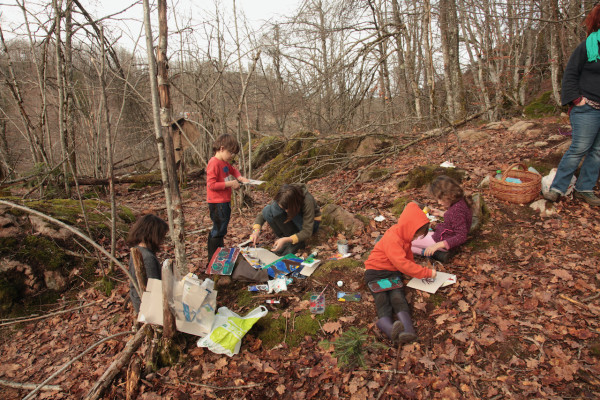 As an aside, look at this lovely eyed ladybug our friend, P, found.  We have a lot hatching in the house right now, but they are mostly the classic 7-spotted variety and some of the yellow 22-spotted ones.  Too bad I no longer have my macro lens. Seeing as how I tend toward Sprout's realist tendencies, though I have nothing on her literal mind, let me assure you, I decided to have a play with color this afternoon and did a Fauvist rendition of a photo J took when we lived in Sancerre, antechildren.  I primed a cut-out of a cereal box with gesso and used gouache.  The painting is about the size of a postcard, so I had no pressure either size- or materials-wise. :P It was fun.  I am planning on trying some portraits.  It was interesting to note that my natural hair watercolor brushes did not want to lay down the paint nicely but synthetic brushes had no problem.  Some YouTube tutorials had mentioned that watercolor brushes had too much of a tendency to hold on to the water and I can now testify to that. 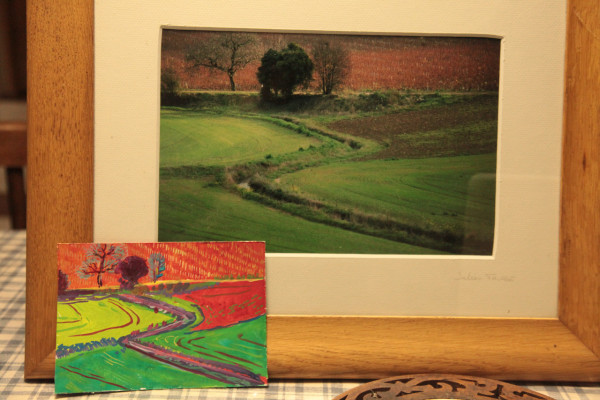 ____________
*As much as I love snow, the poor forest really suffered for the heavy load they bore this December/January.  The paysage was positively apocalyptic.
Tags: art, artistic aspirations, critters, france, friends, glimpses: france, kid shenanigans and adventures
Subscribe