My post about the song in support of parents' right to decide on their children's education is a bit long, so I did not want to add to it.  However, I was thinking about how one nation's problems seem foreign, unimportant, and impossible to address to citizens of other countries.  Especially when each of us is already under some kind of "home country" stress, more true now than ever with elections, social injustice, corruption, a virus that has shut down the world*...
Yet, haven't many horrific situations in history started in just such a way?  A blind-eye to misgovernment here, a tiny revocation of freedom there, little by little habituating people to give up without a fight? To keep our eyes on our own problems so that we cannot be bothered to help others?  For my part, I hate talking about politics.  You can count on one hand--and maybe not use all of your fingers--the posts I have made in the almost-15 years I have been blogging.  And even writing this now, I have the feeling that I am bothering people, will be taken as a fanatic.  But I realize that my head-in-the-sand approach is part of the problem. :(
In France, education was obligatory for children 6 to 16 until a year and a half ago.  Not school:  education.  However, ask the general public and they will tell you it is school that is mandatory because that is the way the media presents "back to school" every year on TV and in the papers: "L'école est obligatiore de 6 à 16 ans" and no one corrects them.  Then the government lowered the obligatory age to 3. I told our inspector I thought it was a bad idea, but I didn't protest. I didn't contact our government representatives...

Little by little, freedom by freedom.

Now this new law is attempting to make school and not education obligatory.  So, children, three years old, are going to be forced to pass the majority of their day in a school whether the children or parents want it or not.  If your three-year-old is not ready for school, it doesn't matter.  There are already so many problems in schools that need to be addressed, and now they want to add to the load of poor teachers who are already overworked in schools that are over-populated. (A sad corollary to this is that there is plenty of room in rural schools and yet the government makes it hard for people to live in the country, preferring to have everyone in easier-to-control/observe cities.)

So twice in November, I went to protests, and J and our kids were able to go to the last one.  We might not be heard, but it won't be because we didn't lift our voices. 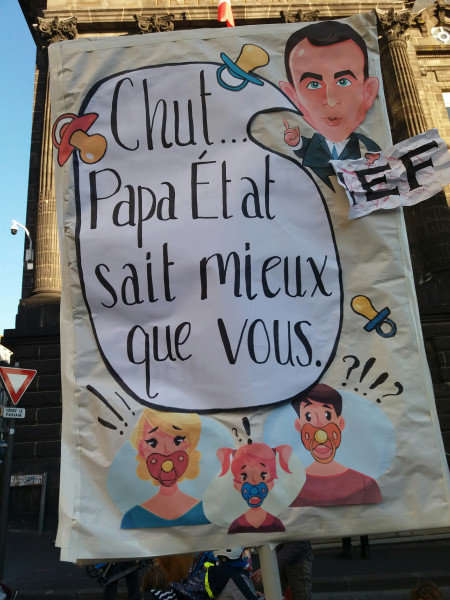 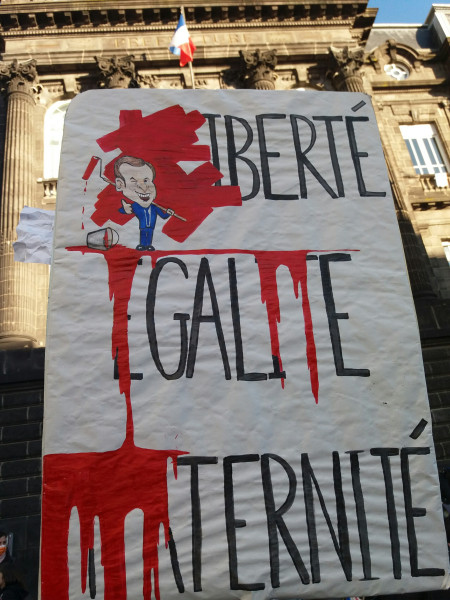 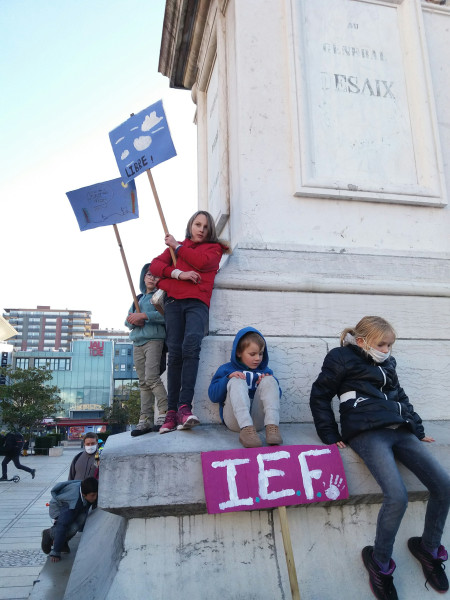 And our three kiddos (not the girl on the right).  Farmer Boy's sign insists that "school in nature is better than school inside"; Sprout says she wants to be free; and Ti'Loup went with I.E.F. (instruction en famille) 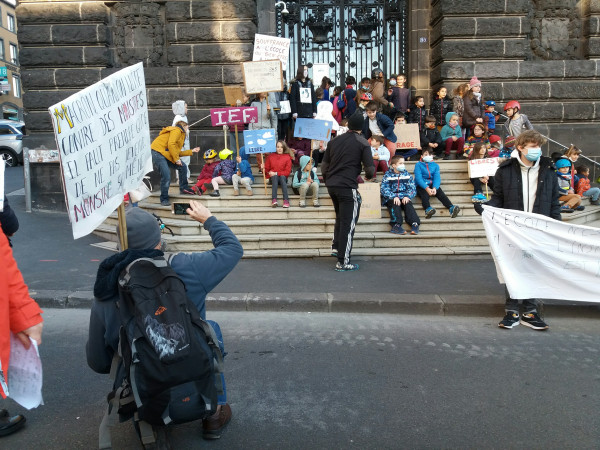 queenoftheskies who asked if kids are going to school here.  The answer is, now, yes.  However, in the spring, the government sent all of them home; families had to adapt, and guess what?  Many of them loved it, loved connecting with their kids and helping with their learning.  So the number of families who decided to home-school for this school year skyrocketed, which, as you probably guessed, caused a panic in the national educational system.  So now, we are in our second lockdown but kids are required to go to school, despite the fact that teachers cannot keep them safe, meaning the families are not safe either.  On the one hand, they shut down all sorts of services, small shops, restaurants, etc. but primary schools, enormous vectors of illness, are still up and running.
Tags: family, life in france, pics: france, ranting
Subscribe