This post brought to you by The Fun Side of Technology!

After having spent almost two hours trying to get my scanner re-connected to my computer, I give up and present you crappy photos instead. The way the ink sits on top of the yupo paper makes it really tricky to photo; the ink causes lots of shine and glare in places.  That means I have to tilt the camera, and often details get distorted or lost.

Anyhow, I have been quite busy, and some days, I was only able to work on thumbnails, and Saturday not at all due to having guests over.  So here are three other pieces I have done so far.

This one was an experiment after I saw that I was not going to be able to "write" on the yupo with water and apply ink the way I thought I could after seeing someone else do it on YouTube. Instead, I applied the water in a heart shape and then sprayed on black ink and alcohol, then walked away and let it dry on its own with no manipulation.  Because it looked rather bare in the center there all by itself, I fiddled with stencil-type applications and smearing the ink. 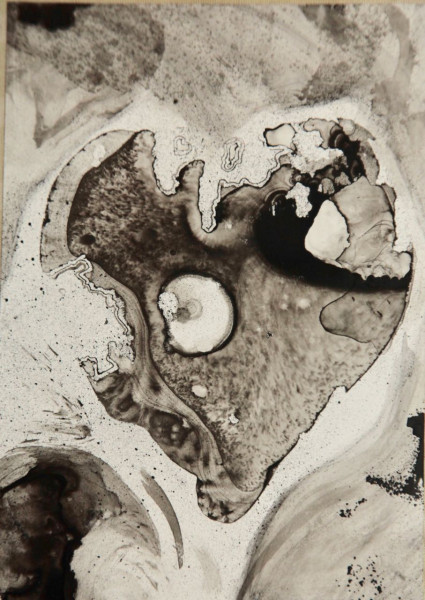 "The Heart"
I really would have prefered to scan this one because you can't see the details in the wings and tail.  In any case, it did not turn out as well as I had hoped, and if I were to do it again, I would change the posture to really convey a sense of suffering and distress and make the beak easier to see. I did another smear technique ont he background and then added some crosshatching to try to make it less blah. 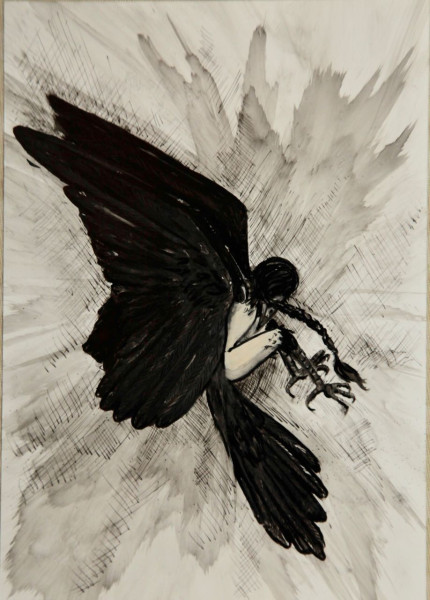 "The Transformation"
My latest effort is my favorite, but it did not come without a failure first. I first had a scene with this character walking down a dark colonnade, which ended in mud and poorly executed scale and perspective. I poured alcohol on the paper and wiped it "clean," resulting in the light gray values you see below.

The hair was so fun. On the right, around the ear, I had to fill in some more after the sketching was done and was too afraid to apply the ink and alcohol in the loose, free way I had employed at the beginning, resulting it the too-dark patch. I did touch it up before trying to scan it, but I forgot to take another pic of it.  I am overall happy with this one. 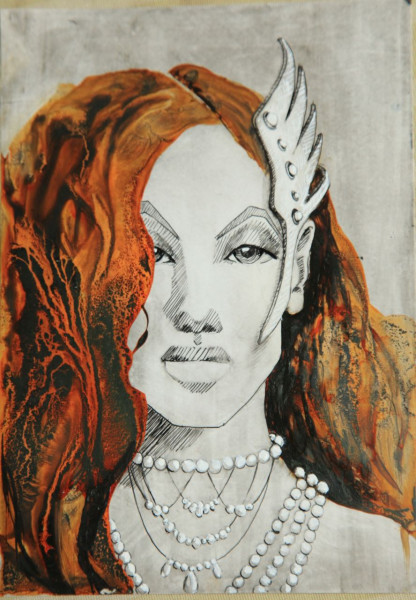 "The Mistress"
Somethings I have learned:

1) Wear gloves when working with Yupo because the grease from your fingers leaves prints that show up after the piece is inked. Not cool.

2) Kneaded erasers and soft pencils are great for preliminary sketches. I had rotten luck with harder erasers (don't know brands).

3) It is good to pencil sketch, but because the fineliner's ink can be rubbed off, it is tricky to ink over something and then try to remove the pencil lines!
Tags: art, inktober 2019, wisdom of the day
Subscribe