*That would be "bread" in French, nothing to do with suffering.

Thanks to a fried who lives an hour away, we found out about a local-to-us festival happening this weekend. I really should pay more attention to goings-on, shouldn't I?

Anyhow, yesterday I helped BB and his family harvest the last of their honey** for this season, so that left only today for the fête. It took place at a lovely pond located just 15-20 minutes from us. We'll have to go back once the place finds its habitual look and function because it looks to be one of the most charming public water spots we've found near us.

There were lots of activities like a tent set up with more modern toys and boardgames and older wooden games. There was a zip-line, a rock climbing wall, pony rides, kayaking, even archery. And I hit the target with all three arrows accorded me for my turn. Let's us all observe a moment of silent amazement in tribute to this astounding feat. :P I think both Sprout and Farmer Boy could get good at the archery, for Sprout improved with each of her arrows, and FB, who was technically too young, shot a well-placed arrow, too, and earned the stand-keeper's admiration enough to be offered a second try. Sadly the bowstring snapped him a bit on the cheek and he didn't want to have another go.

The kids enjoyed a fishing game, though, where they got prizes. 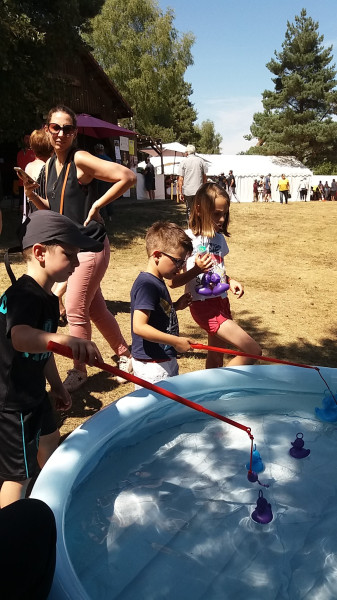 There was also folk dancing and music, as well as bands doing covers, who were quite nice to listen to. The dance group also works with a "living museum" where they show how to use tools from the past (frex, how to card and spin fiber, how to carve wooden clogs, and make rope from hemp...) 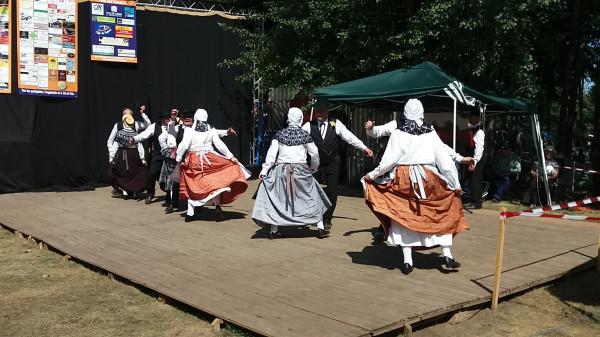 And there was much more to see and do, including the old bread oven, which is like a stone cabin built by the pond, where they bake bread to sell at their titular festival. Alas, I could not get more or better pictures because my phone battery died, and we forgot the DSL at the house.

But! But! My absolute favorite part was an art expo by an artist/illustrator who lives in the next department over, whose work actually moved me to tears. I shall write another post about that.

In the meantime, my new icon is from a photo I took of one of his illustrations, which explains the poor quality and reflections from the frame that should not have been in the original. 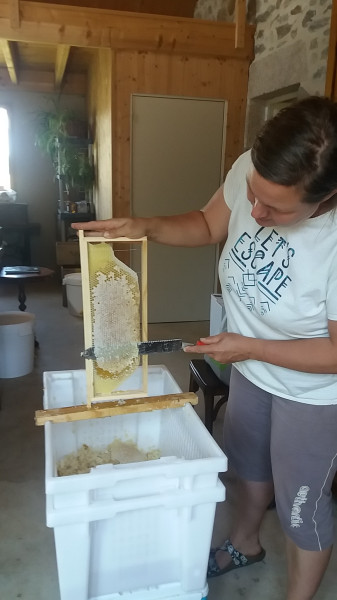