Today we had to rehome our dog Banjo. This might not come as a surprise after the post I made here, stating how I had made a mistake in getting him. But the sad truth is that he was doing so much better. Yes, we have since confined our flocks, but even when our ducklings would escape their fencing, he left them alone, trotting past on his way to hunt voles and lizards.

However, while we were away for Farmer Boy's eye surgery, and the other kiddos and Banjo were in the care of my in-laws, Banjo snuck off to have a bit of fun with the neighbor's sheep.
He didn't hurt them but scattered the flock so that three went missing for the night. Thankfully they all came back, but our relationship with our neighbor was compromised. I am pretty sure he beat Banjo that day, given the half-skittish, half-aggressive way the dog reacted to him thereafter. Being all too aware that Banjo is our responsibilty and animal attacks are unacceptable, we started locking him up and only letting him out on a leash or giving him free time when we were in the pasture with him. One night, about a week after the first attack, he disappeared while we were putting the birds to bed. He wouldn't come when called, and when he finally showed up, his slinking behavior let us know that he had been after the sheep again. The next day, sure enough, four sheep were missing; one of them had run several kilometers away, and one didn't come back until 3 days later. Again none were hurt; however, it began to feel like it was all just a matter of time and the neighbor was livid. To make matters worse, Banjo, leashed, lunged (on two different occasions) at ducklings making distress sounds when they got caught in the netting, making us wonder just how long his bird training would hold.

Living in constant tension and stress has not been easy. J and I repeatedly discussed our options and finally decided that the different levels of responsibility and commiment were just too much for us. Oh how that hurts. Not only for the dog, but for my pride, I who said to the lady we adopted Banjo from that I would not shirk the responbility or give up when the going got tough.  Yet, here I am, 11 months later, just a week shy of Banjo's 1st birthday, giving him up. Admitting I'm not up to snuff. Bawling over his unknown future.

We called many shelters and all of them turned us down, until finally, one almost two hours away said they could have a place ready for him after doing some renovations. Today they emailed to say it was time. J took him alone, a trip not meant to be made en famille. The man at the shelter was both encouraging and reassuring. He feels confident that Banjo will soon have a new home, and he let us know that it is not the shelter's policy to put down the animals they are rehoming.

So goodbye, Banjo. God speed you to a new home where you will be loved and have room to romp without getting yourself in trouble. 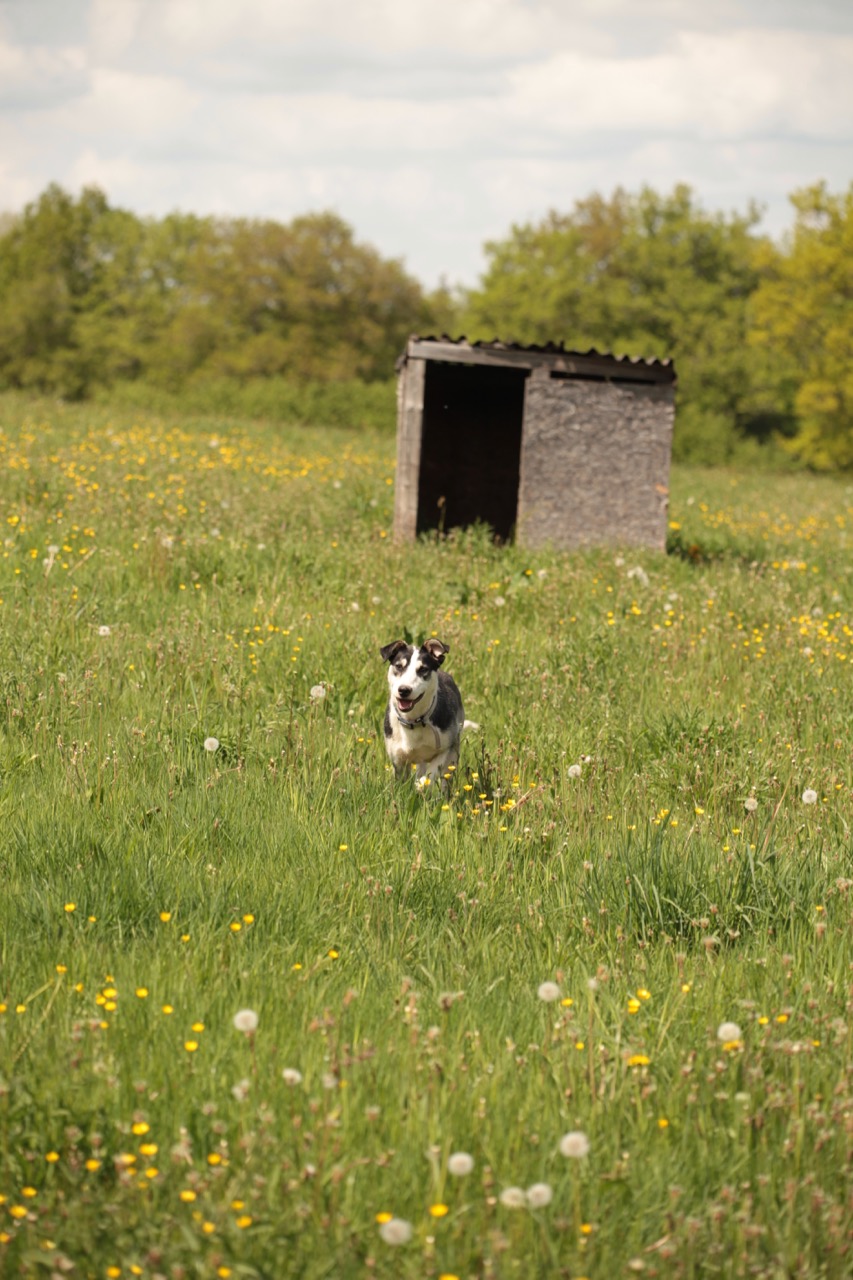