I keep saying I'll take photos of what I'm doing so that I can make a decent snippet post, but we've taken other pictures of late, which I'll include under a cut.

On the creative front, I've been crocheting a sweater for Junebug.  Given the shortness and mildness of Egyptian winters, I'm making for 18-24 mo, but I don't know if it will be big enough next year. I've also been doing some sketches, working on a suitable style for a picture book idea I have. And baking: galettes, pizzas, bread. Baking counts, right?

New Years celebrations have never been a big deal for J and me, but we want to start some meaningful traditions with the kids.  One of them is taking a family photo on January 1, a photo first thing in the morning, with no set-up or search for perfection... We didn't get it done the 1st because J was working, but close enough': 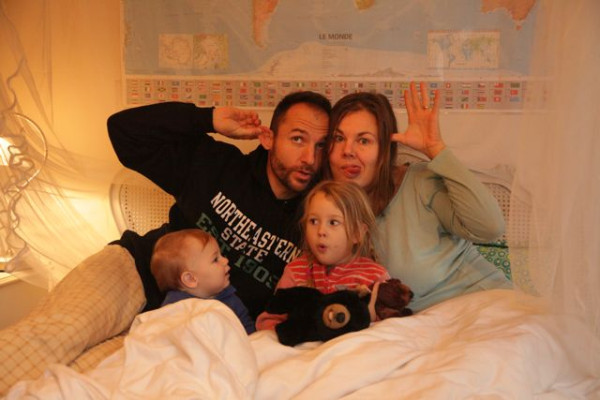 Another photo we took late was one of Junebug in these Santa pajamas.  We wanted to get one of him in front of the tree, like we did with Sprout in Albania,* but since he was sick on Christmas day, we didn't get around to it until now. (By the way, you can see my Christmas present on the wall there, a hand-knotted carpet. :) Not Egyptian.) 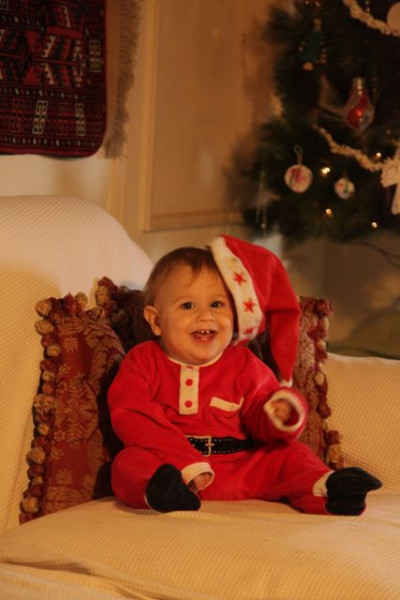 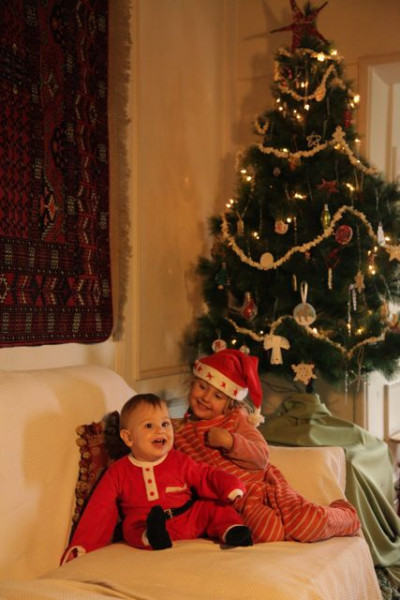