I did lots and lots on the creativity front this week.  What I did not do was take photos. :P  Actually, I photographed a couple of things, and since this "Snippet" and not "Whole Shebang" Sunday, it'll do.
First off, the annual(ish) urge to rearrange furnishings struck, and we have a new layout for the living room and the kids' playroom, which used to be the formal sitting room: 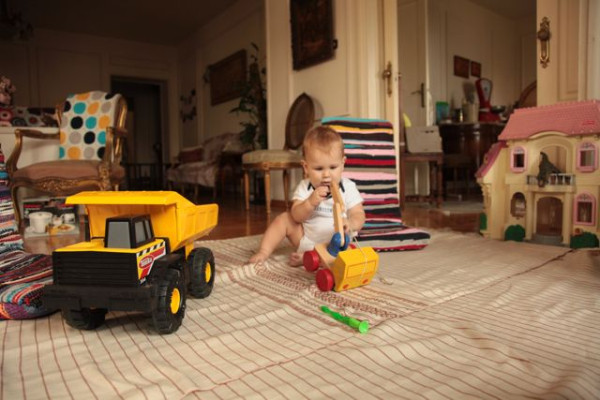 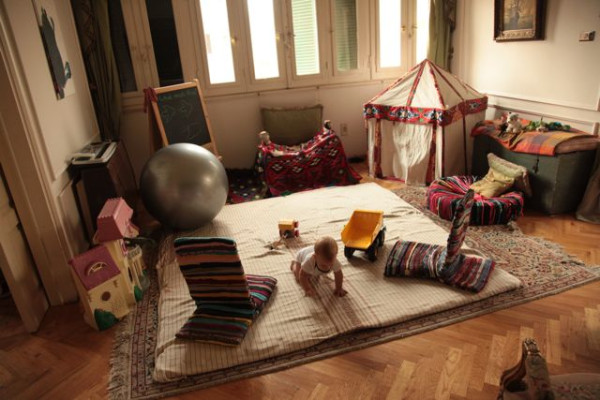 More stylish before, yes; more functional now. :P
I made time, for the first time in forever it feels like, to set up some art activities for Sprout. It started with her having a leap in skills that was brought to light, I think by my flurry of blind contour sketches.  I drew myself by looking in the mirror and she asked who it was a picture of. I told her it was me; "No," she said; "that's not you. I'll draw you."  She then proceded to draw me a couple of times and then moved on to doing family portraits.  What is exceptional about this is that she did faces complete with all the features in recognizable "formats" position, inside "face" shapes, whereas before, all her representations had pretty much been scribbles.  There was no middle ground that I saw.
Here she is, painting a family of flamingos: 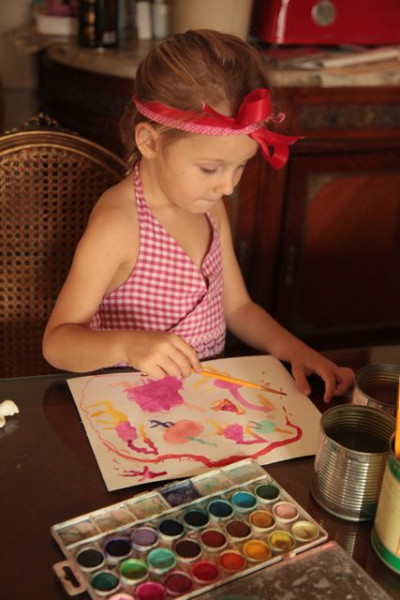 The only photos I took of my artistic efforts are the dinosaurs I did for Sprout: 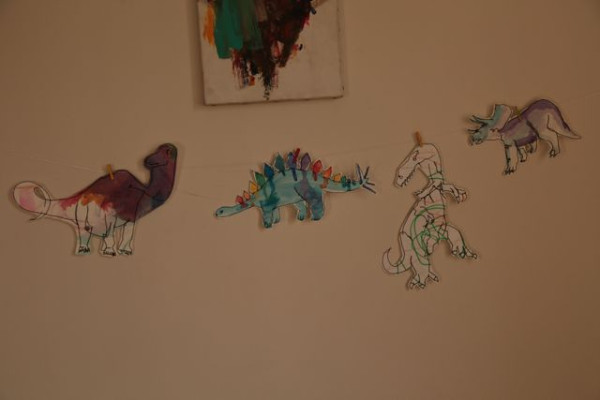 Blind contour Apatosaurus drawn on a recycled painting.  See how I cheated on the neck when I cut it out? I was afraid the head would fall off it if I cut on my actual line. LOL 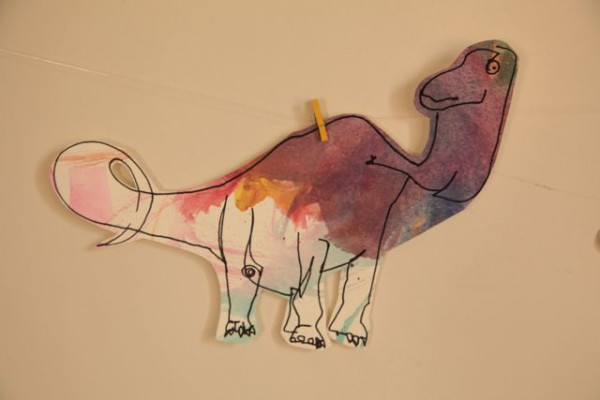 This was a free-painted stegosaurus that I drew lines around after the fact...while holding a baby, hence the charming, wobbly effect: 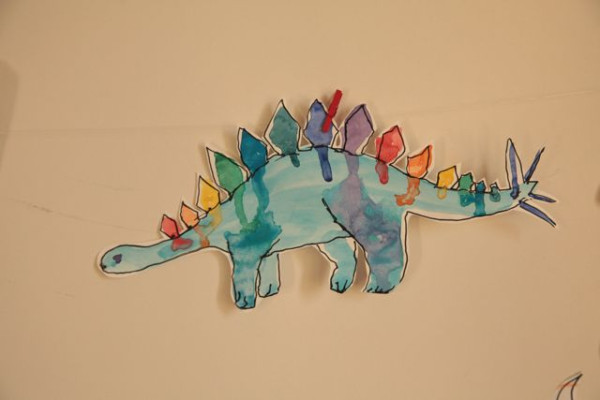 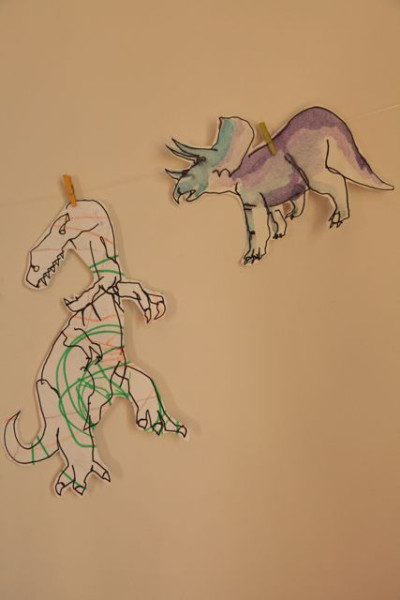 This coming week, I plan to get back to my oil painting as well as doing a few drawing prompts.  I want to get back into a daily sketching practice, which I think I followed this week.
Tags: art, click it, egypt, snippet sunday
Subscribe