Given the lack of green space here in Cairo, we decided to return to Dahshour Pyramids (mentioned in this post) for a picnic and Easter egg hunt. We woke to a brown sky. Not a good sign any time but certainly not when you live in a city surrounded by a desert because it means, yes, you guessed it: sandstorm.

But a few minutes later, blue had returned to the sky and J chided Sprout and me for our pessimism. After a fairly uneventful drive out,  we arrived at the spot where we had such a nice walk during our last visit. This time we decided to drive a bit farther into the brush to see if we could find another equally picturesque spot. We happened across these ruins and would have liked to hide Sprout's eggs there. With the pyramids as a backdrop, she would have had some lovely, memorable photos to look through in coming years. 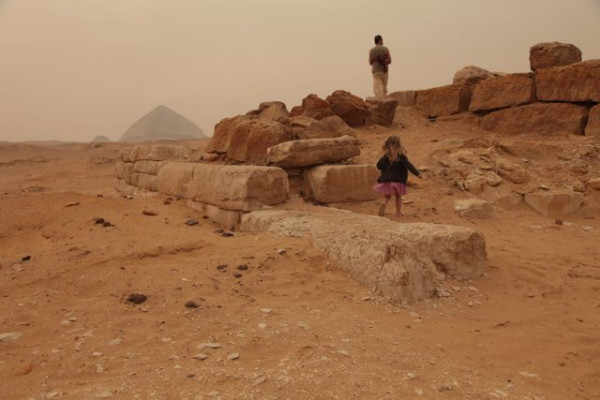 Alas, as you can see, the brown sky was back, and sand does not rise without wind to carry it. It was downright unpleasant atop those exposed ruins, facing the desert, so we headed back to the caprinae-grazed plain and took shelter behind a small thicket of salt cedars. The spot was far from perfect, trash caught here and there in the dried stalks of reeds, sheep- and goat droppings studding the grass, but the splashing and laughter of children swimming in the canals and the lovely variety of birdlife made it all right. (We spotted our first European bee-eaters--they migrate through here--some egrets, swallows, a pied kingfisher, a hooppoe, and some type of quail.)

J hid the eggs while I nursed Junebug. Sprout hunted eggs, and then we picnicked. Sprout ate 3 eggs, this time without the shell, and wanted more (she did end up having another for supper, at her request, as well as one this morning). And here I thought I would have enough leftover to make egg salad... 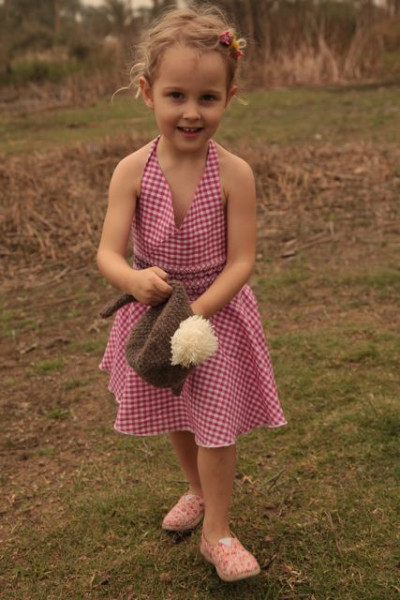 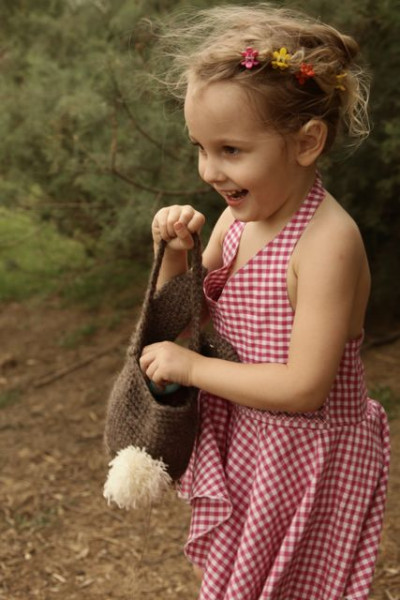 I didn't take any close up photos of the waistband portion, so this is a zoomed-in shot to show the chicken scratch embroidery that I decorated it with: 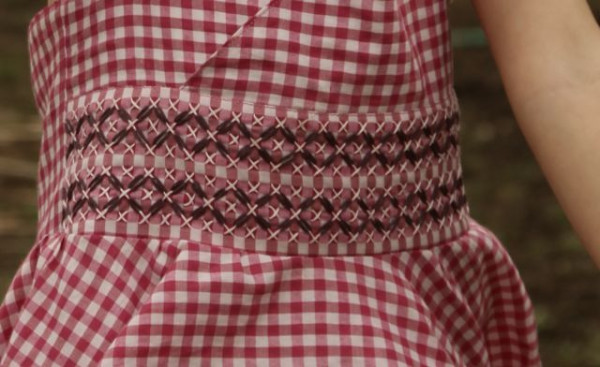 You may remember the Easter bunny basket I crocheted for her last year: 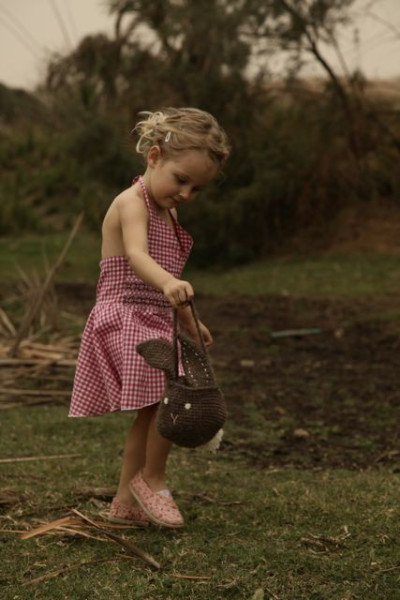 Before we had finished eating, word spread of our presence in the environs and two young men from the village came to "visit" us, carrying bouquets of roses. Roses for sale, but they gave one to J and one to Sprout. They made themselves at home on the grass, lit up their cigarettes and began conversing with J in his limited Arabic, conversing that is when they weren't receiving or making constant calls on their cell phones. Very much not the kind of outing/company we had in mind. We like visiting with natives, but these circumstances were not ideal. To make matters worse, the pollution (from the drive over) and sand were giving me a monster headache.
While our two visitors were making themselves even more comfortable (in other words, one of them taking Sprout's chair uninvited when she got up to hide her eggs again), a shepherdess and her father (?) drove their flock of goats and sheep over to graze. 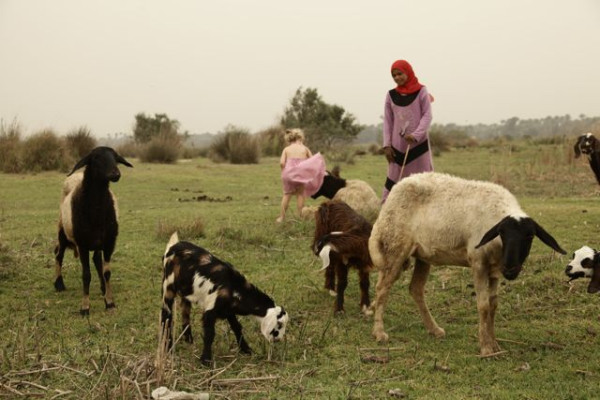 If you've ever seen How to Train Your Dragon, then you will recognize Sprout's pose here as mimicking Hiccup when he turns his head, closes his eyes, and holds out his hand in an attempt to touch Toothless: 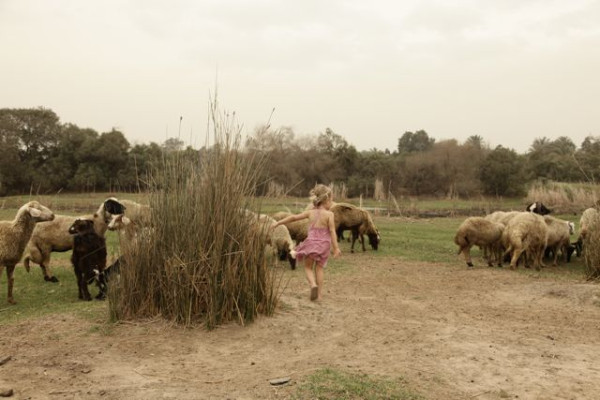 We had planned to set up J's slackline and have some fun on it, but what with the wind and my achy head, we decided to return home.  In true Murphy's Law fashion, we got stuck in a traffic jam caused by the typical Egyptian mode of driving*, and my headache escalated into full-blown migraine. We were thankfully out of the jam when the inevitable urge to vomit struck. Julien pulled over to the side of the road and I just had time to hang my head out the window before losing my lunch. A very nice Egyptian man, in front of whose shop/home, I had just threw up, kindly let me use his bathroom to clean myself up. While I was inside, another gentleman brought me some limes.  I don't know if I've said it before or not since I have never blogged much about our life here, but Egyptians are so hospitable and kind when you meet them on the street...as long as by "on the street" you are not talking about drivers. They have a real Jekyll and Hyde syndrome going in regards to their personality shifts when they get behind the wheel.

Back home, it was straight to shower and bed for me, and J valiantly took care of putting everything away and getting Sprout to bed. This morning I felt a lot better, praise be.

You might be wondering why there are no photos of Junebug. I did intend to take some, but the weather conditions were not conducive to a photo shoot with a newborn. Once again I say: forthcoming post for baby pictures.

_____________
* It is a dog-eat-dog free-for-all on the roads here. There might be rules, but no one follows them. Curses and snarling and hate-filled looks abound, and scrapes and fist fights are not rare. What are rare in the extreme are smiles and acts of politeness.
Tags: egypt, family, feeling crafty, holidays, ickiness, life in egypt
Subscribe