More than halfway there

We're at 20w6d.  Over halfway there, especially if Junebug is like Sprout, who came along at 39w5d. 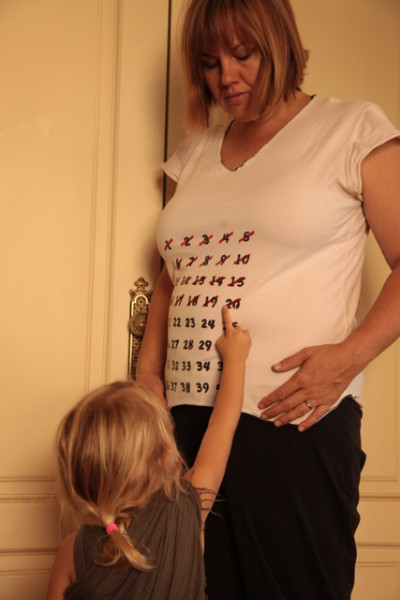 I've had months to become used to being pregnant, but what I'm not really used to is how different my mindset is this time around.  With Sprout, J and I both constantly wondered about what she (going to say "she" even though we did not know her gender until the moment of her birth) would look like, whose nose would she have, what color would her eyes be, etc. Wondering (and praying) about the baby's health is the same, but I think we are less anxious this time around now that we have succeeded, as it were, in having one healthy child already. I had two appointments with a midwife in France, and the last appointment really reassured me when we heard Junebug's strong heartbeat. In two weeks I'll have the 22 week ultrasound to check for growth, etc. but I'm very zen about it.

My biggest concern is what kind of mom am I going to be, already so tired and too often impatient with Sprout. Is the wonder of the birth going to be enough to pull me above myself, so to speak?  I hope so; I don't want to shortchange Junebug in any way.  But boy, the first pregnancy was super easy with only myself to take care of. A toddler in the house adds a whole other dimension.

But said toddler has taught us loads, and I know the things we will be doing again like breast feeding and raising another diaper-free baby, even if we do them a bit differently (and for the better) now that we have experience.

The type of birth I'm going to have this time around is of concern but not consuming me as of yet. I'd like a homebirth, but I really don't know if it is prudent, given that we could easily take more than an hour to get to the nearest hospital, even though it is less than 8 km away, depending on traffic... :-<  More to think about.
Tags: diaper free, junebug
Subscribe