I give you words; what will you give me in return?

As you know, LJBobs, we are in the middle of packing for Egypt.

The other day, I was handling a tin box that contains slips of paper Julien I used to use as prompts for our "creative endeavor of the week." Sadly, we fell out of the habit but have decided to pick it back up in Egypt, so the box is coming with us. Anyhow, I dropped the box and out fell some clippings of words from magazines: 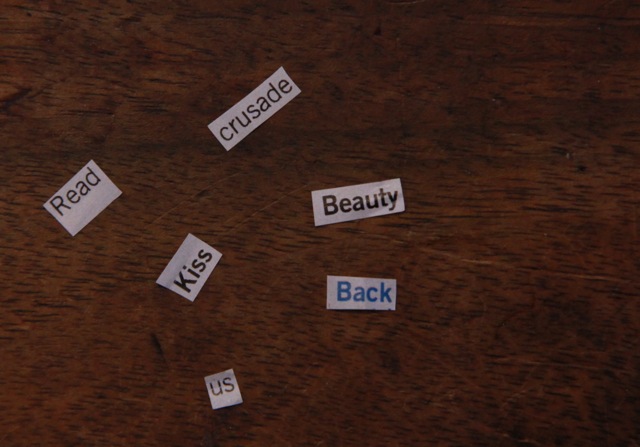 If I asked you to play with these words, what would you give me? A sentence, a lyric, a stanza, something else?

And in other found-word news:
Julien's father gave us three trunks to ship our belongings in, and at the bottom of one of them* was this "souvenir" from a girl's communion, which asks Jesus to bless those who came to her communion. It dates from 19 June 1960, which does not seem that far in the past, at least not to me, not until I stop to think it was over 50 years ago. 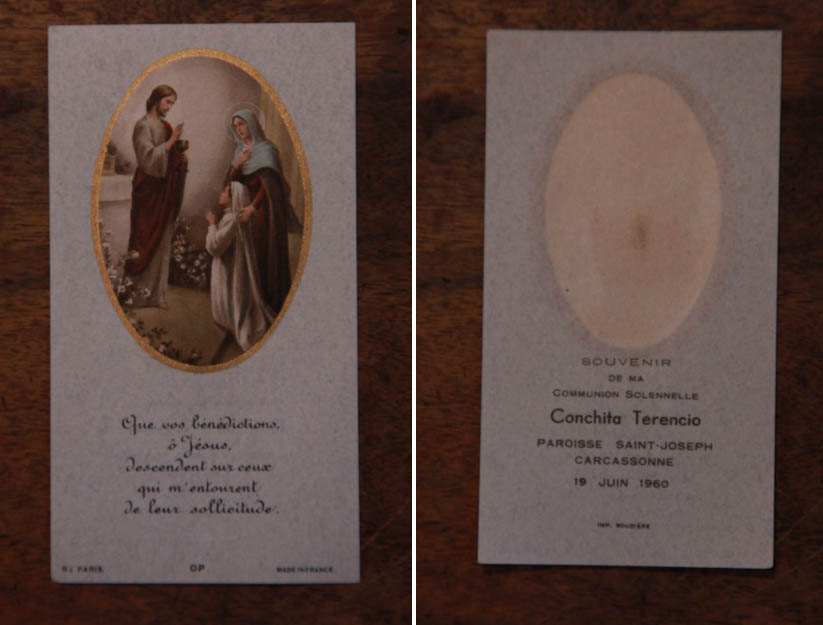 ______________
* J's dad, P, is kinda sorta in the antique/junk-shop business (he has retired from it, but has the bug and can't stop looking for good deals :P ), and he got all of these trunks to resell. The one with the communion card in it is an army-issue trunk which belonged to one of P's superior officers from his army service days. One of P's friends called him not too long ago and offered him "some stuff from an old army guy who lived in X." P had not been in contact with this officer since his service, but he knew where he lived. Sure enough, when the chests and other affairs arrived in his shop, they were from his superior from his "ancient" past. The funny thing is that P did not do his army service in the region around his home, but in another part of France, but both he and the officer ended up back in the same area.
Tags: egypt, move, nostalgia, shaking the magic 8 ball
Subscribe