FYI: Today is not my birthday, Wed was.


Since buying our home, we have seriously cut down on travel and days-away-from-here, mostly because of having animals.

However, we have been wanting to take to the kids to where we lived after leaving Paris and decided my birthday would be a good occasion/excuse to do so.

Being self-proclaimed freeloading plebeians, we decided to picnic, cookout, and camp as we visited our old haunts. For the occasion, the unseasonably warm temperatures and lack of rain turned out to be blessings.

We first drove to La Borne, a potter's village some 20 minutes from Sancerre. Here is a link to a French Wikipedia article for anyone who reads French. A record of the oldest known pottery oven existing around there dates from 1260, just to let you know the heritage of the place. Today it has ceramists and potters from all over the world living there and in the environs. While it was nice to revisit it, this trip was not our best experience there. Many things were closed, and I got an overall dilapidated feeling from the village.  While there were some truly gorgeous and fresh pieces to be seen at some of the ateliers, many artists were still doing the same things from 10 years ago.  Pottery can have a timeless feel, but certain glazes, forms, and colors become quickly outdated, to my taste at least. Still, we were happy to offer the kids commemorative bowls* for my birthday, and I found a water pitcher that was both practical and pretty enough to come home with me.  J got a couple of bowls to match those the kids picked out and some new raku espresso cups. Here are a few of the pieces: 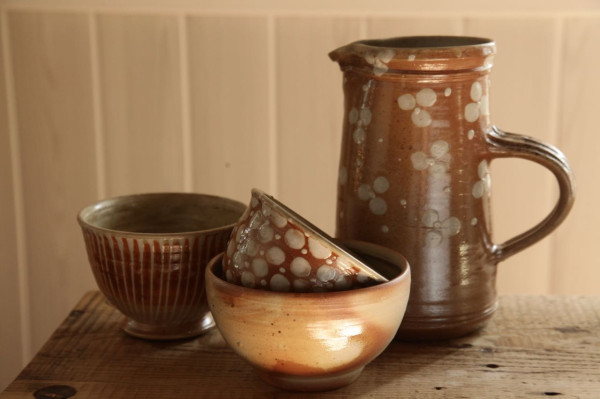 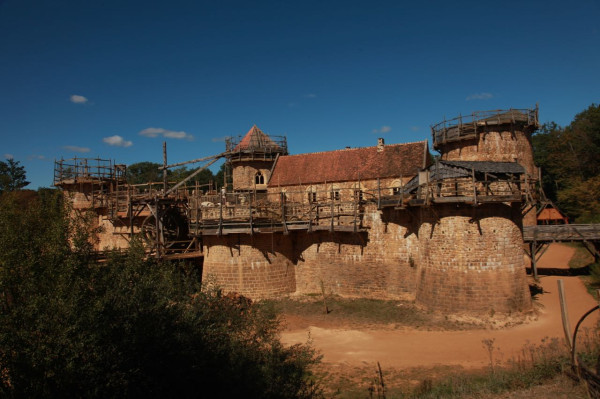