Not my sons, mind you. My poultry dads' sons.

As you might (or probably don't) remember, we had some trouble with our first rooster, Rico. His aggressive nature earned him a one-way ticket to the soup pot, but not before he sired a son, our first chick to hatch here on our little farm. "Miracle" we named him because the brood hen abandoned the nest just before he hatched and I found his cold, stiff body in a corner of the box. Lots of prayers and warm breath over his little body in my cupped hands were rewarded by a tiny cheep, so I quickly restored him to his now-attentive mother. Against all odds, Miracle made it and is now our alpha rooster. 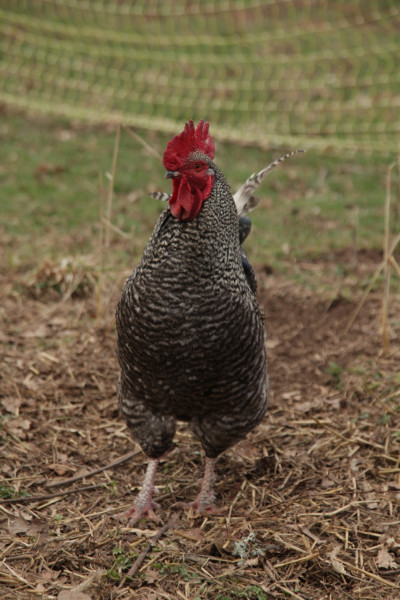 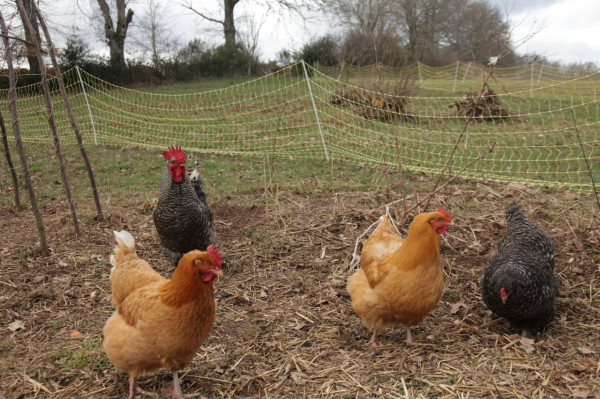 His mother is the barred hen (Coucou de Malines Tete de Dindon) on the right, and so far, he is not aggressive like his sire.
Our second rooster, Lila, also met his end as a coq-au-vin because of a nasty temperment and some doubts as to his desirability as a flock sire. Like Rico, he fathered a son that we ended up keeping anyhow, another chick with a miraculous birth story. Storm, the barred hen above, was the broody hen this time around, and she crushed the egg before the chick finished hatching. I brought it inside and spent hours moistening the shell and membrane so that the chick could hatch. His name is Lucky Fluffypants, and he is twice lucky because because the other chick that hatched with him was killed by a hawk. Here he is now, a fierce-look but so far not a fierce character. We'll see. His half sister is the red hen on the right in the picture above, and so far she is a great layer. 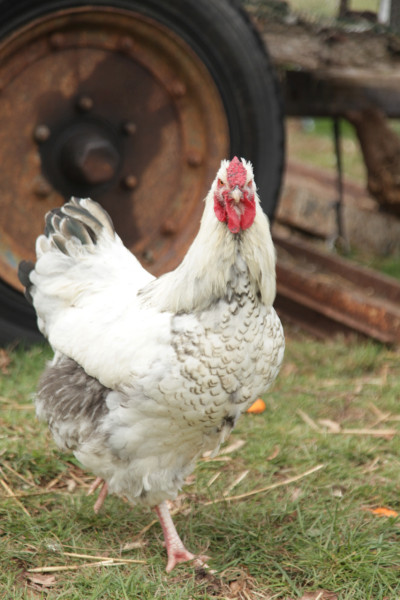 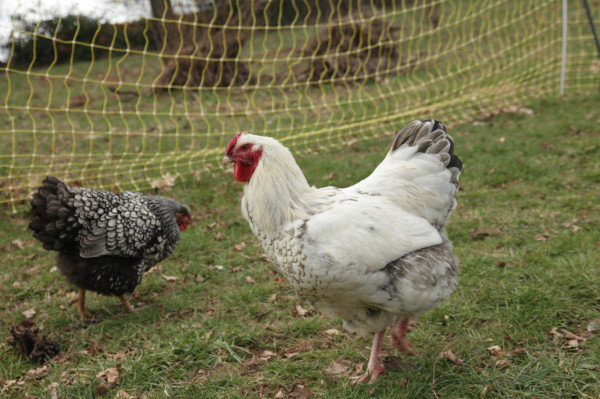 Here he is with his mother, a Wyandotte.
We have a new drake, Ghengis II, because his father developed a limp that lasted months. I decided to keep this one instead and hope I made a good choice. His mom is sitting on her first clutch of the year, and we should have ducklings tomorrow. 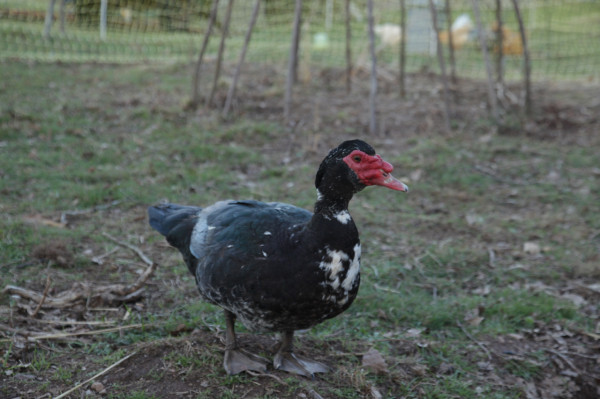