Strange back-and-forth of gunfire and fireworks tonight...not in response it one another, I don't think. Just: gunshots, then later fireworks, then the poppoppop of guns again...

The fireworks are normal; the gunfire is not.

And now, I'm going to stop pondering it and get some sleep.

to celebrate a wedding. o.O

Talk about a cultural divide. Gunfire is just not something I'd want at my wedding.

Anyhow, the sounds had me nervous because an aquaintance is freaking out about life here (I think it is mostly because she doesn't like it), and she shared a "news" story* about how the Muslim Brotherhood is giving foreigners until Feb 11 to get out of the country before they start acting with violence towards us.

asakiyume, who wanted to see dogs sleeping on cars.

Not just our feline friends who enjoy a nice perch. 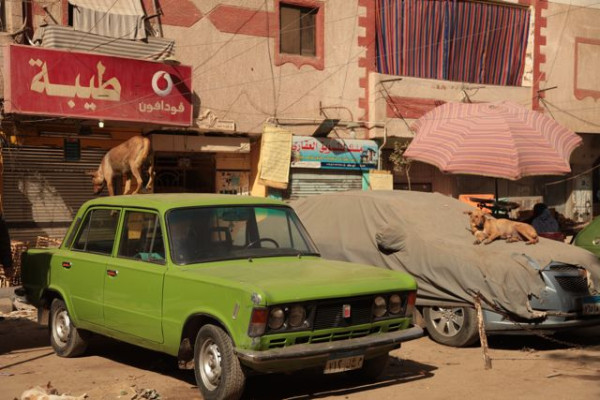