Pottok/pottock: a half-wild pony, emblematic of Basque country, that lives in the Pyrenees. Pottok literally means "little horse" in Basque and is linked to the word pottolo (chubby or tubby), which makes me think of the French word potelé, which also means chubby.

According to a legend*, the pottok inspired the creation of the txalaparta, a Basque instrument. The sound of the sticks hitting the planks is reminiscent of the sound of a horse's gallop. Here is a video so you can hear the sound (with a nifty Basque chant around 3:20. Subtitles in French explaining more about the instrument and its uses/history). 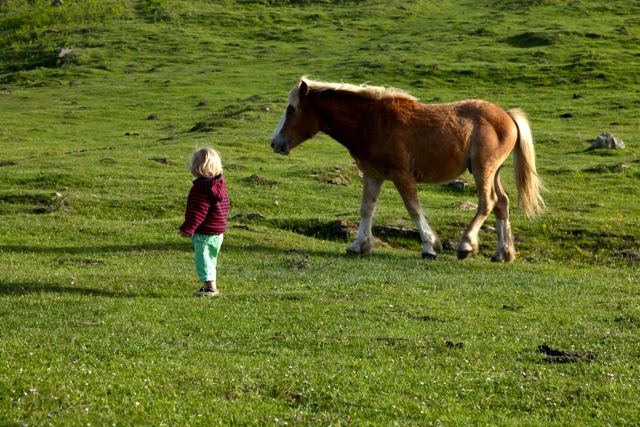 I hear in my heart,
I hear in its ominous pulses,
All day, on the road, the hoofs of invisible horses.
~ Louise Imogen Guiney, from "Wild Ride" 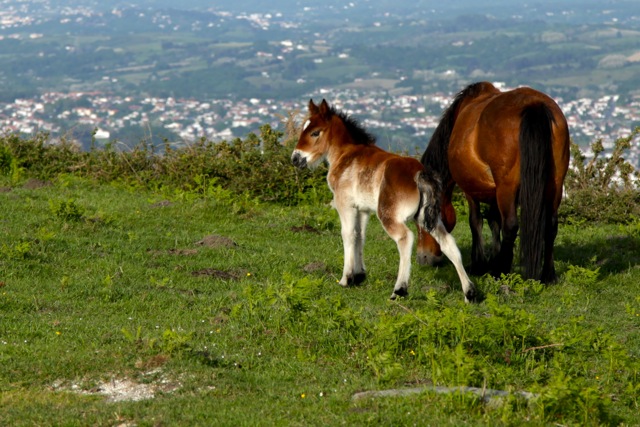 Since the dawn of civilization, the horse and the Muses have been boon
companions in all the heroics of mythology and history. ~ Robert Frothingham
___________
* There is no consensus on the true origins and uses of the txalaparta. As for the name of the instrument, according to Wikipedia: In Basque, zalaparta (with [s]) means "racket", while in the nearby areas of Navarre "txalaparta" has been attested as meaning the trot of the horse, a sense closely related to the sound of the instrument.
Collapse