A picture of Bryce and another of Zion before I talk about today: 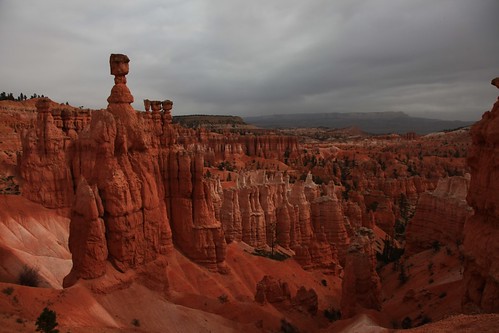 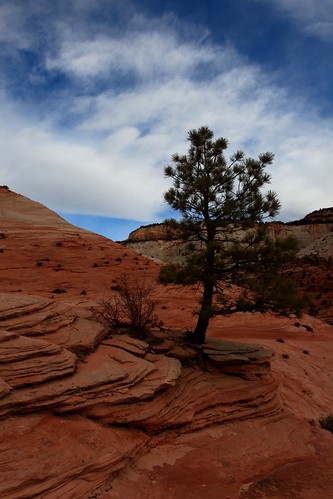 We went to the Paria Bureau of Land Management office this morning to try our luck at getting a dreamed-of permit to hike to the Wave, not really expecting to win. Only 10 people per day get to access the buttes where the Wave is; not ten groups, ten people. The Faures were assigned number 7, and it turned out to be as lucky as some believe. I feel almost bad about winning; we stopped pretty much as an afterthought based on a recommendation of other tourists (who weren't lucky enough to go out there).  Other people plan their trips here around the hope of winning the Wave lottery. Still, everyone was congratulating us, making it sink in that this will be a special occasion and thing to see.

So, tomorrow, we will spend the day in the famed sandstone formations! When I say the day, I mean the day. At first light, we’ll head out, but we will try to be back before sunset. According to the rangers, people get lost out there all the time. I have a great sense of direction and I pay attention to the route, so I’m not too worried. Still, don’t want to take silly chances.

To backtrack a bit, after Zion, we drove to the Coral Pink Sand Dunes State Park to camp. Hot showers! We took 2. What a luxury; our bodies were probally freaking out, wondering what was wrong with us.

We had never heard of the dunes and, therefore, had no expectations. No expectations are the best expectations, I say, and we had a great time the next morning, watching t(photographing) the sun coming up behind Monquith Mountain. Julien and I would appear to be erosion and desert people at heart. I think we’ll go a little out of our way to see the Great Sand Dune Nat’l Park in Colorado, and, of course, White Sands in NM is already on the list--it’ll be the third time I take Julien there. 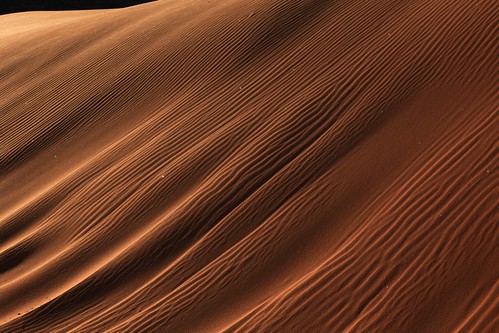 The park ranger at Coral Pink came by our tent, just as we were heading to the showers, and asked us if we wouldn’t mind correcting a French translation he had done (with Google’s help) of the park brochure. He gave us firewood in exchange for our services, so we’ll think of him next time we’re in front of a roaring blaze.

After leaving the dunes, we headed to the funky Toadstools in Grand Staircase-Escalante and passed the late afternoon having fun photographing the capped pillars. 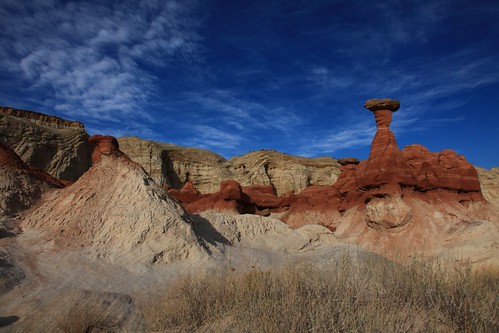 Tonight, while whiling away time before tomorrow’s trip to the Wave, we’ll visit the Old Paria townsite, which should be a nice place to watch the sunset.